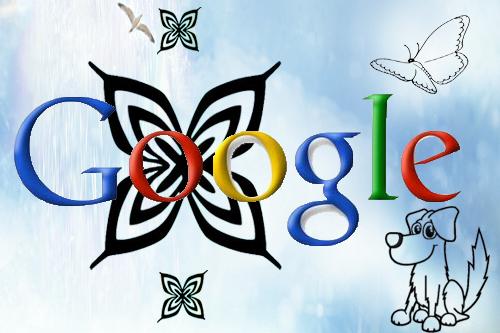 ❖ You may have already noticed while surfing the web, or googling your favorite artist that the results of your querries appearing on your web browser are sometimes strange or original. If by chance you see animals or strange insects below or next to some sites, just know that it won't be an hallucination. (Unless you have used illicit substances of course ...)

❖ What is the purpose of this maneuver? Why are some sites doing this?
There are of course several objectives that seek to be achieved via this process: such as gaining in visibility, attracting the attention of the web surfers, provokink laughter or smile through humor, and especially making the difference compared to the other websites which still have results that are "classical." Indeed, one of the key factors nowadays is the differentiation. So it is important to be noticed or to innovate even though it sometimes make the site appear original.

❖ So what are we talking about in reality ?

As was saying Confucius : "A picture is worth a thousand words", so here are two examples of image (from the site):

☆ Example number one : ① the butterfly

➙ You can find this example by clicking here ger23

➙ You can find this example by clicking here tutorials html

❖ These original creations are made possible thanks to the rich snippets,, which are tools which allow the users to customize their search engine results (serp) on Google. The only downside is that these customized results appear only on Google, and not on the other search engines. Nevertheless, it is important to note that Google is the only search engine wich is going that far (compared to his competitors). Because the final aim is to improve the experience of the users, so that they can find more easily what they looking are looking for.

❖ Certainly those techniques can be considered as spam for some people, but despite that this matter can be debated, because it is equally important to offer to the users both an original content and and an interesting on to boot...

☆ For information : the examples above are a combination of microdata mixed with ASCII (American Standard Code for Information Interchange).
Besides, we should note that the examples above are indeed appearing as in the screenshots in all the browsers, but it is actually not appearing well only on Google Chrome; wich seems to be having some difficulties with the parsing of the ASCII in his search results. But that may change as well, since Google is reagularly making updtates and creating new stuff... So let's just wait and see !

Author of this article : Gerald Veritas